Aortic Stenosis (AoS) is the most common valvular disease in Italy: the latest available data show an incidence of the pathology of 6% of the population over 75 years. This amounts to more than 280,000 people in Italy, one fifth of whom suffer from “severe” aortic stenosis. In the absence of adequate treatment, the disease causes death in 50% of cases by three years after the onset of symptoms.

Therefore, in the presence of severe aortic stenosis, the only route is that of cardiac surgery, with two options available: conventional surgical aortic valve replacement (SAVR) or the percutaneous approach (TAVI).

TAVI (transcatheter aortic valve implantation) is the most suitable procedure in cases where the patient is at high risk or even considered inoperable with conventional surgery. It is a minimally invasive technique that does not require the traditional cutting through the sternum.

Gaining access via catheters from the femoral artery (transfemoral TAVI) or from the left ventricle (transapical TAVI), the cardiac surgeon implants the biological prosthesis directly into the native valve which is, therefore, left in situ.

Easier to write about than to do, of course. And there are some risks to be carefully evaluated during the diagnosis phase. According to the 2017 Report of the Italian Society of Interventional Cardiology, in the last 10 years about 20 thousand TAVI interventions have been performed in Italy. This figure is growing strongly, as it is in the rest of Europe, thanks to the vigorous work of international proctoring performed by cardiac surgeons such as Prof. Mauro Cassese.

Research published in the “New England Journal of Medicine” highlights a substantial equivalence in the combined rate of stroke and mortality for any cause when comparing TAVI and SAVR approaches. But it is worth bearing in mind that TAVI allows intervention in patients with a compromised clinical picture and who therefore start out with a greater risk of mortality. 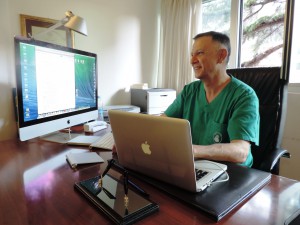